The Effects of Covid-19 in Social Cohesion Activities

As Social Cohesion Unit, we sustain our facilities with the human rights perspective in order to eliminate any stereotypes or prejudices among the host and refugee communities. Thus, we aim to reduce conflict situation and enhance the phenomenon of “togetherness”.

During the 2019-2020 period of time, we have actualized activities that promote social cohesion, increase awareness, inform individuals about migration, refugee issues and disseminate true information with kinds of seminar or training programs. If we summarize these activities:

Other than above studies, daily workshops and trips has accomplished in order to make stronger social bonds among the society. While progressing with such interactive programs, we had to turn to home with our activities because of COVID-19 epidemic. So, social cohesion activities have been actualized on new perspectives like self-improvement and socialization meetings.

Such an orientation has led to various difficulties rather than positive affects in the context of social cohesion.

Social Cohesion as a Secondary Need
Firstly, as we have discussed above, ‘social cohesion’ as a phenomenon that shaped with a wide variety of awareness and perception studies have turned to a socialization network solely. Since the community has focused on how to reach basic needs, the meetings emphasizing on migration or refugees have shifted to secondary plan.

Moreover, ‘living together’ phenomenon has reshaped result of social distance and contents on coping with anxiety or relaxation oriented events have increased so that the community needs these programs mostly. Actually, it has created a new corner, ‘psycho-social support’, for social cohesion unit. We have realized that there is a positive correlation between wellbeing and positive thinking and so positive communication that is a key point for ‘social cohesion’.

Boundaries and Boundlessness in ‘Online Meetings’
These socialization and relaxation needs have concluded with improvement in online meetings. Individuals have aimed to sustain bounds with their social environments and decrease their stress situation. So, online seminars, activities or meetings have been discoursed by different institutions. However, such diversity has also resulted in limitations. While studying on divergent themes, agencies and institutes have begun to process similar programs after COVID-19 period. Unfortunately, this has prevented to keep the attention alive and this situation has been cause of serious decline on participation rate.

The increase on ‘online meetings’ has not affected the enhancement about themes but has brought about repeated participation to the same content. Before co-operation among agencies was doing and activities were occur with one hand, this uncertain increase has tried out community and caused moving away from ‘social media’. The network channels have left its place ‘returning to own’ phenomenon.

It should not be ignored also not to cover all community, which is the main aspect of social cohesion, because of some infrastructural problems. Limits on Internet capacities, insufficiency about technology use or lack of technological tools have prevented people to participate activities. At the end, social cohesion has been tried to occur with limited participants as well as limited focus on ‘migration and multicultural living environment’.

Not Local but Collectivist Social Cohesion
Despite these negative situations, it could be said that Refugees Association has came to a hopeful step. While we were limited with Sultanbeyli region before COVID-19, we have had a chance to reach people over Turkey thanks to online applications. 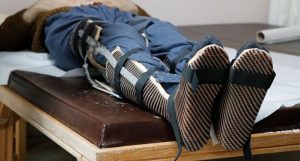 Providing ‘Lyon Brace’ for Omar to Support His Damaged Spinal-Column 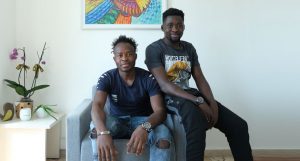 The Story of Two Disabled Football Players From Ghana