Our Short Movie “Halva” Is Released

The Halva movie is based upon the story of a refugee child who goes to the marketplace to sell her mother’s bread and his confrontation with a child trying to sell halva there.

The film of which cast includes both Syrian and Turk actors emphasizes a strong message about unity and togetherness with its story. As a great integration model Refugees Association’s and Sultanbeyli Municipality’s staff work together through the construction.Film’s story belongs to Serdar Altun and directed by Ayşe Nur Topal.

My Biggest Wish is for My Child to Join Other Children 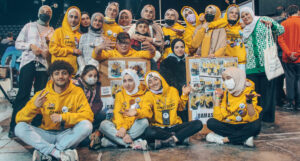